Travel Highlights
10 best things to do in Helsinki
Porvoo, Finland: A pleasant day trip from Helsinki
What Are The Best Places To Visit In...
Vietnam Travel Itinerary made by us Vietnamese
Helsinki Attractions: Unmissable Hidden Gems
Nuuksio National Park Adventure: All You Need To...
Island Hopping From Helsinki: Suomenlinna, Vallisaari & Lonna
Experience Helsinki Like A Local
Top Things To Do In Helsinki In Winter
Camping in Nuuksio National Park
Home » Helsinki Attractions: Unmissable Hidden Gems
EuropeFinland

We guess you are here because you are in search of something that is more off the beaten paths. And it is refreshing to get away from “tourist traps” for once. You won’t be disappointed! Helsinki has some ‘hidden gems’ that even locals tend to neglect. Let’s unfold now the best-kept secrets of Helsinki attractions:

1. Travel back in time at National Library of Finland

In our opinion, when it comes to architecture, old things always seem to be better.

The National Library of Finland is a forgotten treasure hidden in plain sight, among the best Helsinki attractions. Though located right in the heart of Helsinki, this magnificent library has long stood in the shadow of its opposite building: Helsinki Cathedral – one of the top Helsinki attractions. 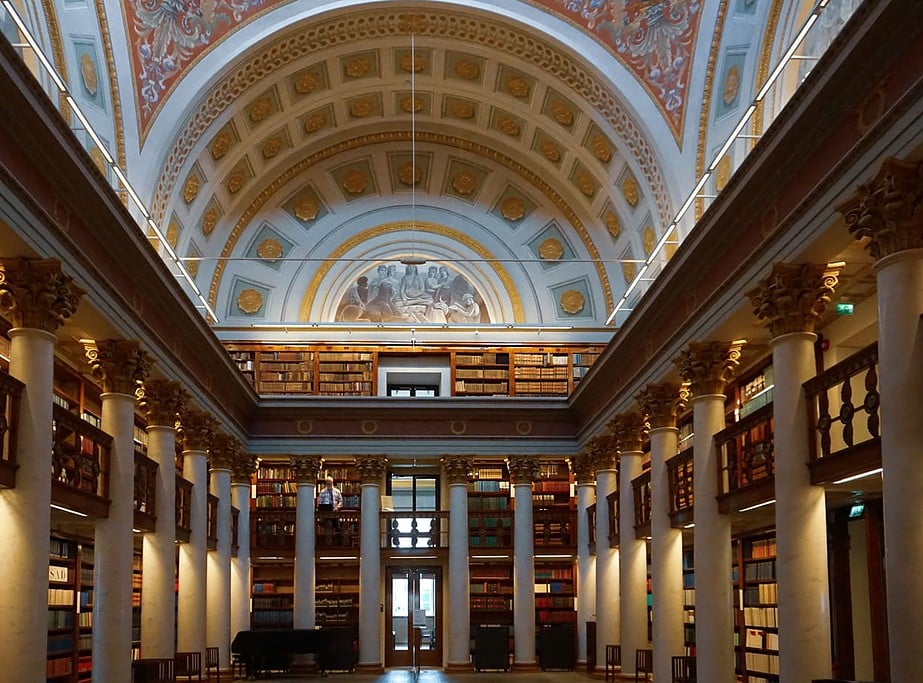 However, we promise that you won’t regret stopping by this library, even for a short while. Built in Empire architectural style, although the exterior might appear somehow rigid, the library’s interior design is breathtaking. It looks as if every single detail in the place was carefully designed and constructed. 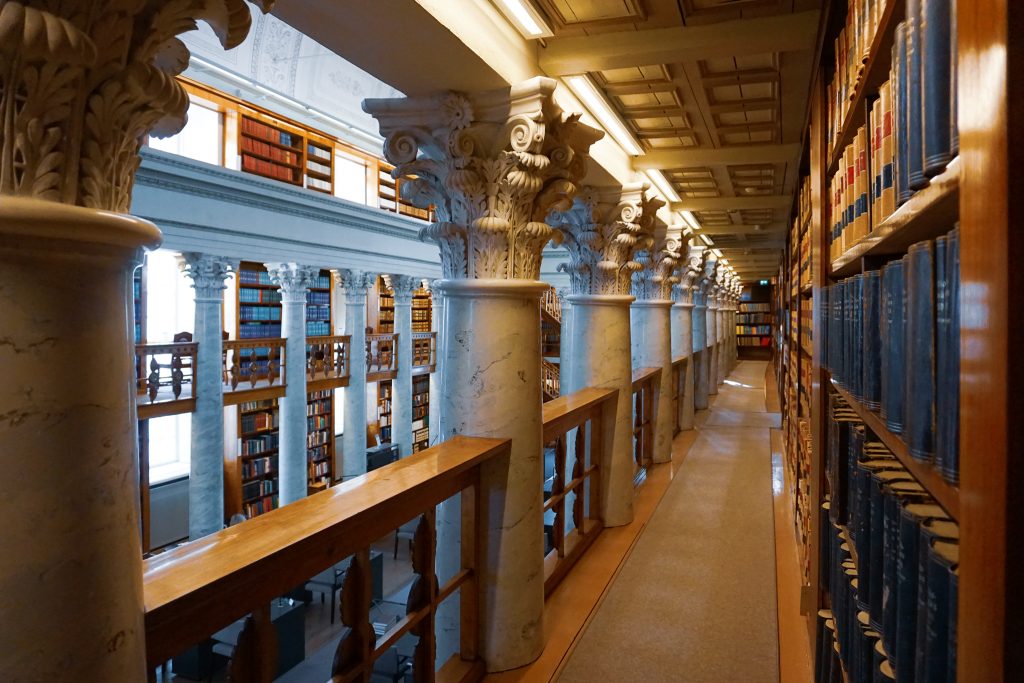 If you happen to be a Potterhead like we are, being inside the library provokes a very “Hogwarts” feeling. Apart from having a large collection of old, valuable books, the National Library of Finland possess a tranquil and solemn atmosphere, making you feel like traveling back in time.

2. Pay a visit to Villa Annaberg and its communal garden

Villa Annaberg (Annalan Huvilla in Finnish) is a real odd card as people tend to come to Arabia neighborhood for Iittala & Arabia Design Centre or short walks in Lammassaari. However, if you search for architecture, nature and garden all in one place, Villa Annaberg is a great, tourist-free destination. 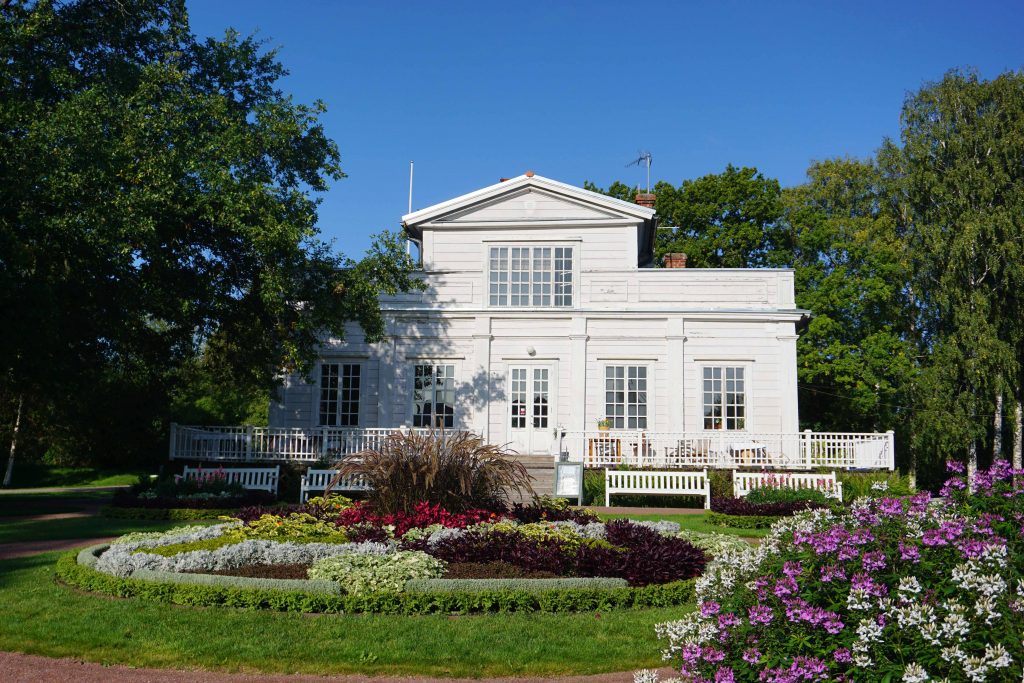 This beautiful white Empire-style building is located on top of the hill, possessing a peaceful and nostalgic spirit. In the summer, the villa looks especially stunning with layers of colorful, well taken care of flowers along the path up the hill. As the interior is under renovation, the cafe only opens on Sunday. It is ideal to have a picnic or just enjoy the sun on the meadow in front of the building.

Behind the villa sits a lovely allotment garden full of flowers and vegetables in the summer. This is communal garden is so popular in the neighborhood that there never seems to be an unoccupied plot.

Yrjönkatu Swimming Hall, built in 1928, is Finland’s oldest public swimming hall. Representing a graceful example of Classicism, the building is remarkable in terms of both architecture and history. Nevertheless, the most interesting face about this swimming hall is that there are separate sessions for men and women, in which you choose to go naked or with swimming suit on. There are electric-heated and wood-heated saunas, along with a steam bath for bathers to enjoy. It is just such a pity that as a couple, we cannot visit this place together.

Helsinki has many great museums located right in the center of the city, which also means tourists would likely gather there instead of venturing to an off-the-grid neighborhood. Didrichsen Art Museum is, therefore, a treasure hidden in Kuusisaari – the most affluent area in Helsinki. Situated amidst the lush greenery, despite its humble size, the building itself is a lovely piece of architecture with sculptures scattered around the garden. While some even claim Didrichsen Art Museum has the most intriguing art pieces, what we love most about this museum is the staggering view to the sea below.

5. Take a stroll in Rhododendron Park

Rhododendron Park (Alppiruusupuisto in Finnish) is no stranger to the residents of Helsinki. However, not many tourists know about this beautiful park. 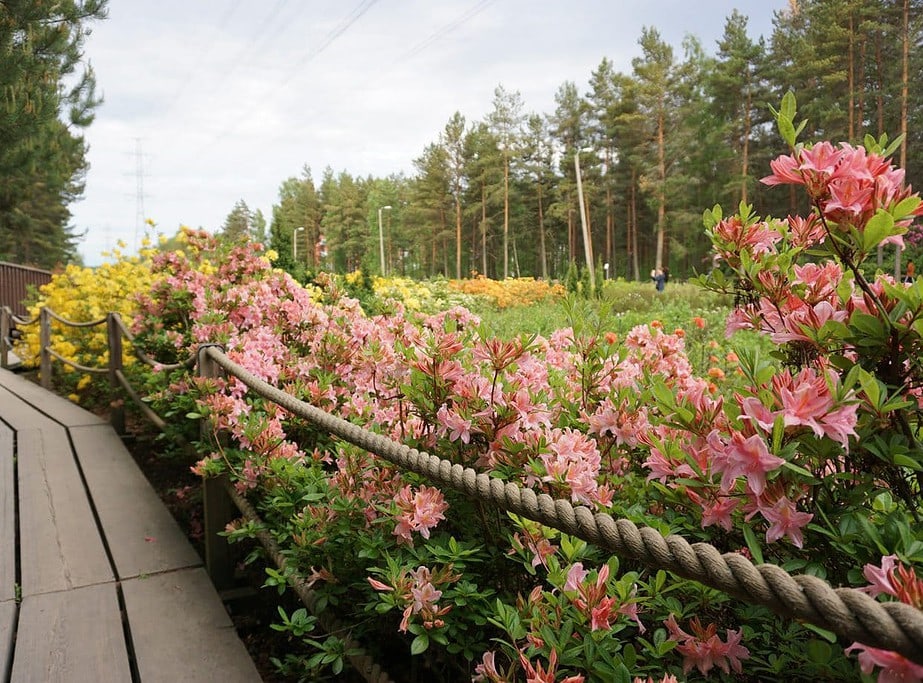 There are many parks scattered around Helsinki, Alppiruusupuisto is the only one with viewing platforms to admire the exotic rhododendron and azaleas flowers. Their blooming season starts around early June and sometimes lasts even after midsummer. If you happen to be in Helsinki, don’t miss out this wonderful spectacle. 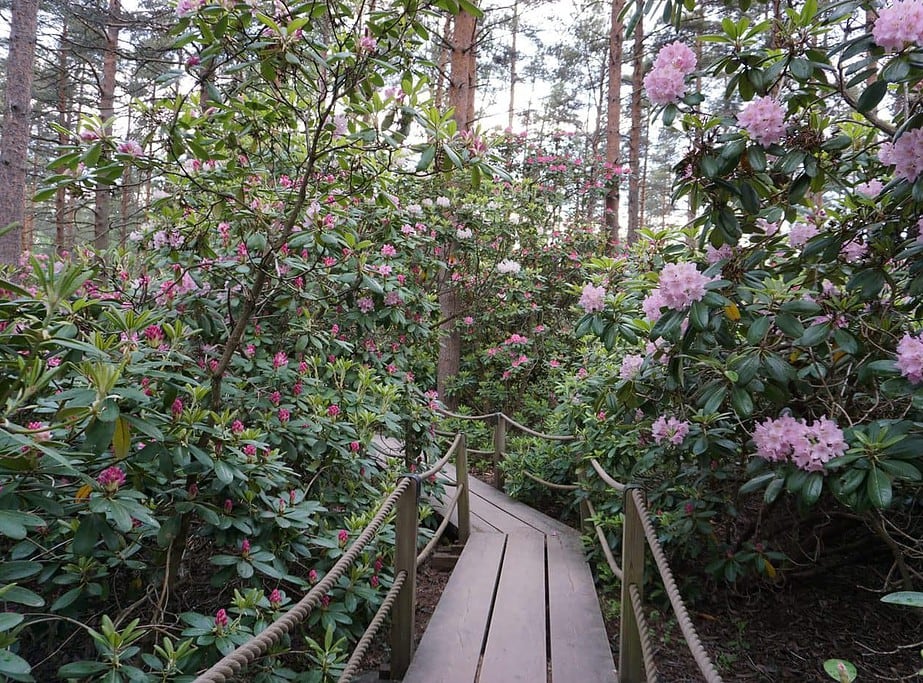 Moreover, this park is located just a stone’s throw away from Central Park (Keskuspuisto), a lush woodland which is perfect for jogging and cycling.

6. Visit Hvitträsk – A trip out of town

Hvitträsk is located a bit far from Helsinki, but we have to include it in this list because it is really one best-kept secret, which you have to go off the beaten track to reach. Built in rustic National Romantic style in 1903, Hviiträsk is a charming timber-and-stone mansion stood atop a wooded hill. Back in the day, it was a shared home to three talented architects: Eliel Saarinen, Herman Gesellius ja Armas Lindgren. Nowadays, this romantic lake-side mansion is a museum hosting exhibitions and occasional concerts, whereas the surrounding lake and forest are graciously enjoyed mostly by the locals. Undoubtedly, Hvitträsk looks like a fairytale throughout the year, especially when dressed in colorful autumn outfit. If you happen to be here around Christmas, make sure you check out the Christmas market taking place in the garden.

Your very own Helsinki attractions

Last but not least, we believe there are still more secrets hidden somewhere in beautiful Helsinki. And we guess you have to let yourself wander adrift, as the most unexpected thing happens when you least expect it.

Explore Kotor: Best things to do in Montenegro’s...

Top Things To Do In Helsinki In Winter

Top unique things to do in Tallinn, Estonia...

Nuuksio National Park Adventure: All You Need To...

Hi there, we are Johny and An. We love traveling around the world and taking photos of precious moments.

This website uses cookies to improve your experience. We'll assume you're ok with this, but you can always opt-out if you wish. Thank you! Accept Read More